This year international Safer internet day was celebrated differently in Lithuania! On February more than 200 pupils, teachers and experts became active creators of safer internet in one day hackathon „CYBERteens“. Even 19 teams with some help of experts generated ideas about safety of personal data, cyberbullying and fake news. They were invited to choose one of 6 challenges and suggest innovative solutions. There was also a possibility to watch live streaming in the news website „Kas vyksta Kaune“. More than 12 000 people connected to see what’s happening in the hackathon.

Cyberbullying is the most common issue

The hackathon was split to the main three parts. In the morning innovators and entrepreneurs discussed about importance of safer internet in business and environment. They raised a question how to use opportunities of internet nowadays and how next generation can be attracted to make changes in digital world. Teenager Simonas Savickas shared his personal story and showed how it’s easy to find personal data in social media. Sometimes the only photos can inform about a place where you live.

Other pupils also revealed their shocking experience about stolen „Facebook“ profiles or flood of viruses in computers. But cyberbullying is still the most common issue on the internet. Many of teenagers said that they faced to cyberbullying once or few times. „The solution was very simple – to block hater and stop talk to him at all“, – said the girl who together with the team decided to create solution for cyberbullying.

In the second part of hackathon expert Ugnius Savickas invited teams to participate in social detective. There was a great opportunity for everyone to gain knowledge about design thinking. These trainings was clear introduction for the last part of hackathon where participants created safer internet ideas.

Before the event organizers invited teams to choose 1 of 6 safer internet challenges. Communications regulatory authority of the Republic of Lithuania invited to catch and report unacceptable content. The national agency for education offered to develop responsible online behavior. Teams also had the opportunity to accept „Langas į ateitį“ challenge and educate people about the security of private data on the Internet.

„Vaikų linija“ perceived one more issue – humiliating comments on the Internet and asked to solve it. „ACBC“ challenge to reduce cyberbullying was chosen the most. Pupils and teachers also took “Kas vyksta Kaune” challenge – to recognize and report fake news. At the end of the hackathon, all teams had pitch session.

„This year we decided to change format of Safer internet day. We wanted that all participants would not be the only watchers but become active creators. The culture of hackathons is growing up faster and faster in Lithuania – that’s why we chose this format and I think it was great decision. Pupils and teachers from all over Lithuania proved that they are ready to play an active role in solving of safer internet problems“, – said Deputy Director of Communications Regulatory Authority Ieva Žilionienė. She was delighted that the ideas put forward by the teams covered a very wide range, from easy-to-apply practical solutions to futuristic ideas. All teams presented their ideas for jury – the best ideas were awarded.

The team „Uncles and Aunts“ won the prize which was established by „CodeAcademyKids“ (value 2500 EUR). They proposed a solution to data protection when connecting to the public Internet when people forget to sign out of their accounts. It is planning that during the training the team will develop a prototype of this solution. Another team “Web” took the ticket to the three-day “ChangeMakers’ON” hackathon. In these intensive trainings they will bring their idea to the next level.

The third place winner, the team „VŽG“, who chose „Kas vyksta Kaune“ challenge to fight with fake news, received additional evaluation. “Kas vyksta Kaune” promised to provide all needful information to build this kind of system. “We would like to create a website which would be able check fake news in the media. All internet users who would catch incorrect information, would have a possibility to send a link to the website. Then experts would check that information and rank the reliability of the website based on the amount of unreliable information on the internet”, – said the team members of “VŽG”.

Teachers and pupils at the event were eager to share good practices. „Last year the school had to deal with an incident of cyberbullying. Then IT teachers have provided cyberbullying trainings to pupils. Kids were watching and analyzing footage in teams, solving different situations, creating posters with thoughts what to do if you become a part of an incident“, – said one of the team’s educators. She said that digital space is becoming wider and wider, that’s why is very important to educate children about safety on the internet.

She confirmed that hackathon „CYBERteens“ also gave not the only needful information about safer internet but children also gained really important experiences- learning to work in teams, communicating with experts, making of presentations and presenting it to the jury. The students also learned about innovation and the startup’s ecosystem.

One of the main tasks of the event was to make some ideas sustainable and implementable. „We will think we will succeed if we meet at this event next year and show how we have succeeded in implementing one of the ideas during the year,“ – said Founder of „ChangeMakers’ON“ Simona Šimulytė.

All the event organizers had a good time, it was a big pleasure to seeing so many creative students and teachers. We believe the event has exceeded our expectations and we will certainly repeat it again in the future.

The entire event was broadcast live and for that we are very grateful to the friends of our event – the portal „What’s happening in Kaunas“. We invite you to view a few moments from the event here https://www.facebook.com/Kaunas.gyvai/videos/3849279225144394/ .

Photo gallery of the event can be viewed here https://www.facebook.com/pg/draugiskas.internetas/photos/?tab=album&album_id=2737911416245601&ref=page_internal 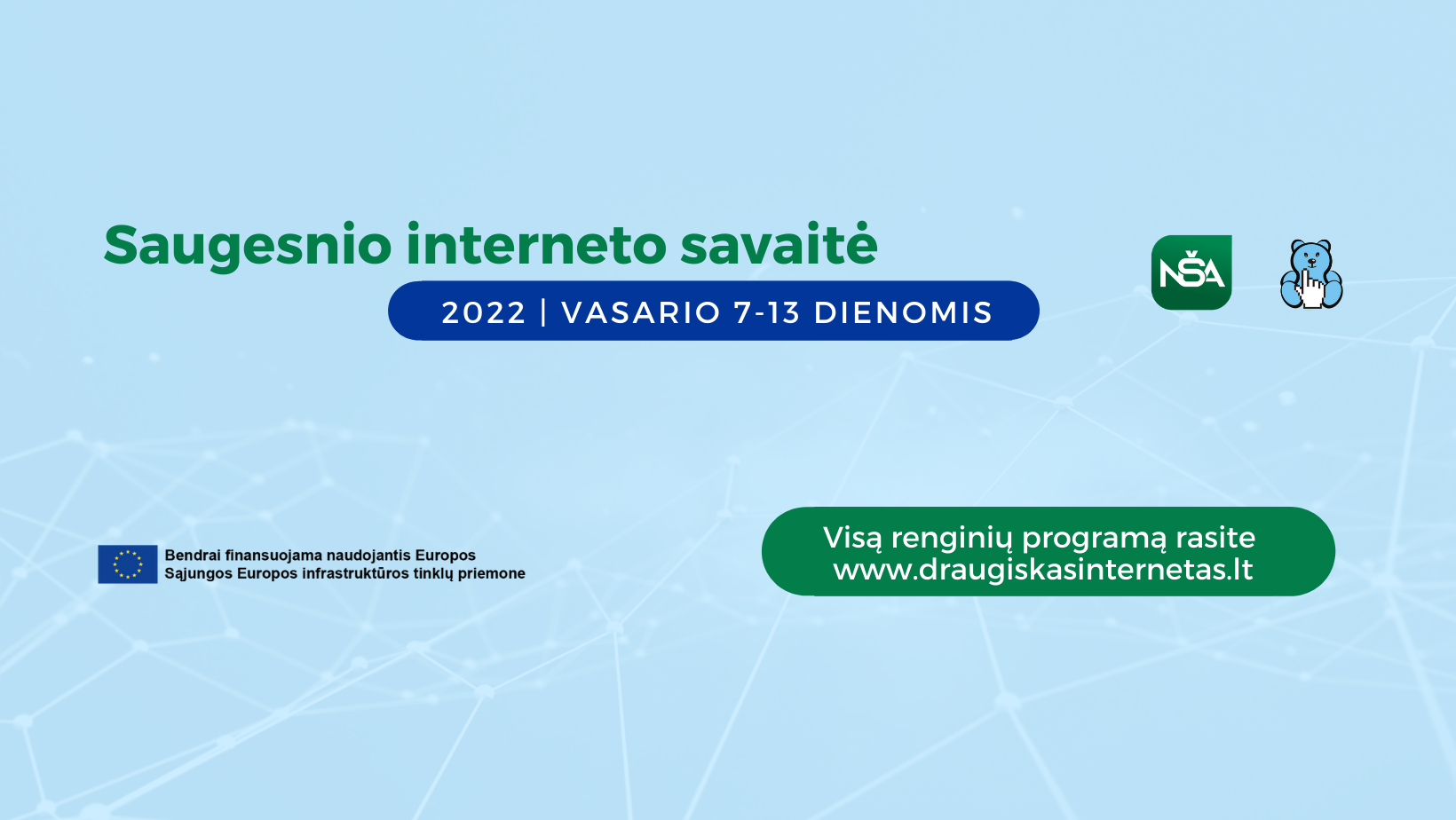